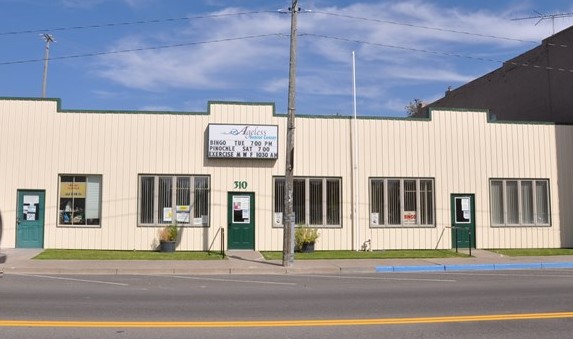 In 2017 Region IV Development’s Economic Development team helped the City of Kimberly apply for a Community Development Block Grant. The grant provided funds to increase the structural integrity, capacity, and efficiency of the facility: including replacing the leaking roof and gutter system. Over the last few years, changes were made to the Idaho Food Code established by the Idaho Department of Health and Welfare. Due to these changes, many of the Senior Center’s kitchen and food storage components are now out of compliance with the Idaho Food Code. According to the South Central Health District, unapproved materials present a food safety hazard to seniors and employees who use the Ageless Senior Center Inc. (ASCI) facility.

This project replaced all the non-compliant food and non-food contact surfaces in the kitchen, food prep, and storage areas. The 30 year old leaking roof was replaced due to substantial leaking that caused interior damage to approximately 80 ceiling tiles, which were also replaced. The convection oven no longer had the capacity to serve the growing crowds, so another oven was installed to meet the need for additional capacity. The refrigeration unit that cools the walk-in was not efficient and needed to be replaced. The walk-in cooler and freezer both released excess heat into the attic which caused efficiency issues for the building.
These changes that were made on this project will protect the building from future damages, and increase energy efficiency allowing it to serve the Kimberly community for many years to come.