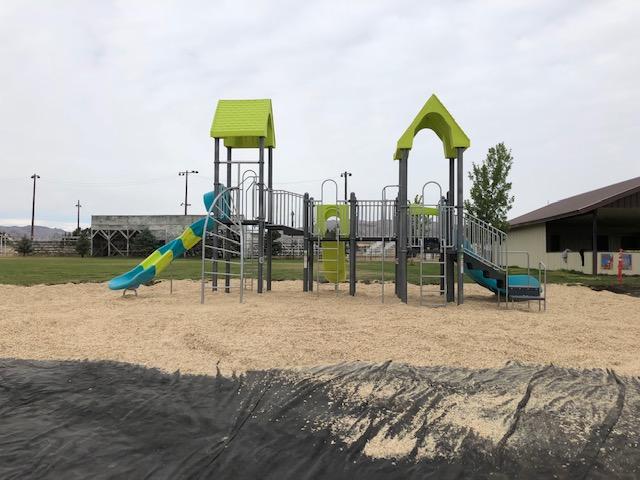 A few years ago, Blaine County announced plans to make several improvements to the Blaine County Fair and Carey Rodeo Grounds. One of the improvements was to increase accessibility to the site by reconfiguring a piece of property that served as the City Park. The changes converted the park into additional parking for the Fair and Rodeo grounds. Concerned citizens and City officials have developed a plan to mitigate this imminent loss.

The project consisted of the development of a new city park facility across the road. Specific components included the construction of two ADA parking spaces, ADA accessible walkways, sand volleyball courts, new playground equipment, a basketball court, a baseball diamond, horseshoe pits, soccer goals, and a fire ring. Even though only a portion of the grant was awarded, the City of Carey plans to propose and submit a phase two application for the Community Development Block Grant program in the fall of 2019 to finish out the proposed improvements that they were not able to complete in phase one.