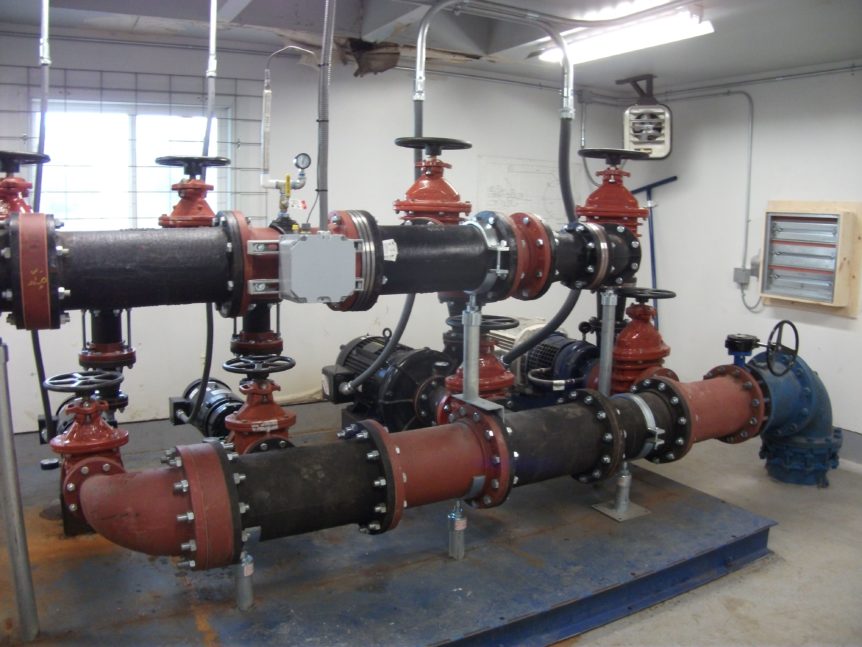 The City of Hazelton was recently awarded a Block Grant from the Idaho Community Development Block Grant program and a USDA-RD Grant/Loan to make improvements to their water system.  The last major enhancements made to its water distribution lines was between 1934 and 1941.  Many of the distribution lines are comprised of potentially dangerous materials such as asbestos concrete and lead.  These hazardous materials were considered state-of-the-art when they were installed over 75 years ago.  Many of Hazelton’s water lines contain asbestos, and they are deteriorating and potentially introducing asbestos to the system.  Moreover, microorganisms attach themselves to water distribution pipe walls and multiply to form a film or slime layer known as a biofilm.  Over the last 75-80 years, this biofilm has built up and can cause several problems.

Rather than just fixing the asbestos concrete and lead component issue, local leaders opted to identify all health and safety issues within the system so that they could be addressed at the same time.  The booster pumps that are designed to maintain system pressure and flow are not operating as designed.  The distribution system was designed to operate at 65 psi, but the 20 HP pump is only able to provide 36 psi to the system.  Further, the isolation valves no longer function and the pump house output is not equipped with a flow meter.  This means that lines cannot be repaired without depressurizing the entire system and leaks are difficult to detect.  The Lakeview Apartment Complex on the west side of the City is a lower-income housing development and does not have access to the municipal water system, nor does it have fire hydrants on site.

The 20 HP booster pump and pump house pipe layout will be upgraded to increase efficiency and performance which will allow for a 32% reduction in electricity usage on the system.  New isolation valves will be installed so that maintenance can be performed without de-pressurizing the entire system.  Distribution lines and fire hydrants will be extended out to and installed at the Lakeview Apartments in order to serve the low to moderate income population that resides there.